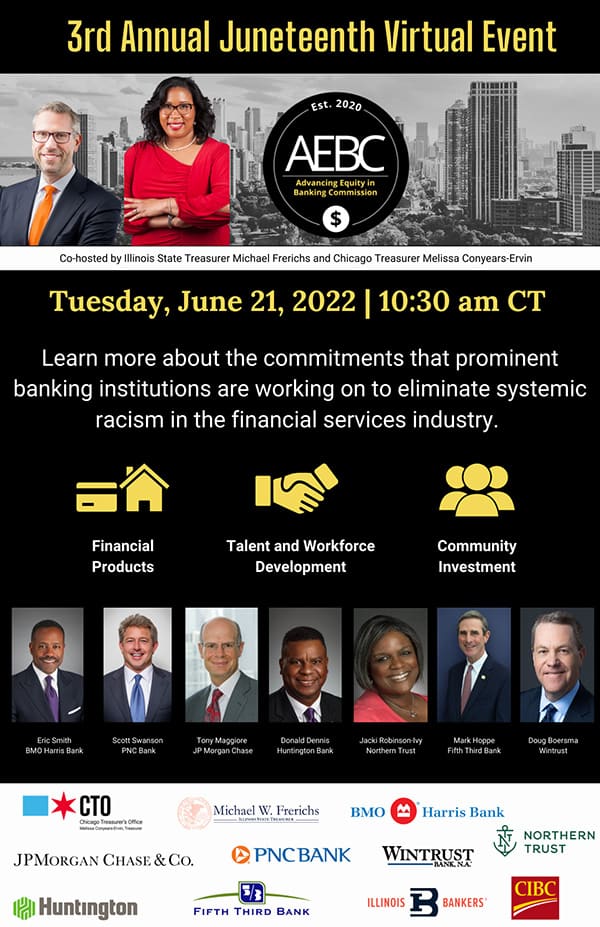 What would it take to overcome the damaging effects of systemic racism in the banking industry and ensure equity?

In 2020, Illinois State Treasurer Michael Frerichs and Chicago City Treasurer Melissa Conyears-Ervin joined together to create the Advancing Equity and Banking Commission (AEBC), a network of prominent banking institutions anchored in Illinois and committed to advancing equity and eliminating systemic racism in the banking industry through equitable hiring and lending and investment in Black neighborhoods.

Frerichs and Conyears-Ervin hosted the Reversing Systemic Racism & Black Divestment in Banking Virtual Town Hall to officially launch the new commission. The inaugural event was held on June 19, 2020, Juneteenth, the holiday honoring the day in 1865 when the last group of enslaved Black Americans in Texas finally learned that the Civil War had ended and they had been freed by the Emancipation Proclamation two years earlier.

The inaugural members of the AEBC commission were:

Since the initial participants signed on to the commission in 2020, other banks have joined to include: 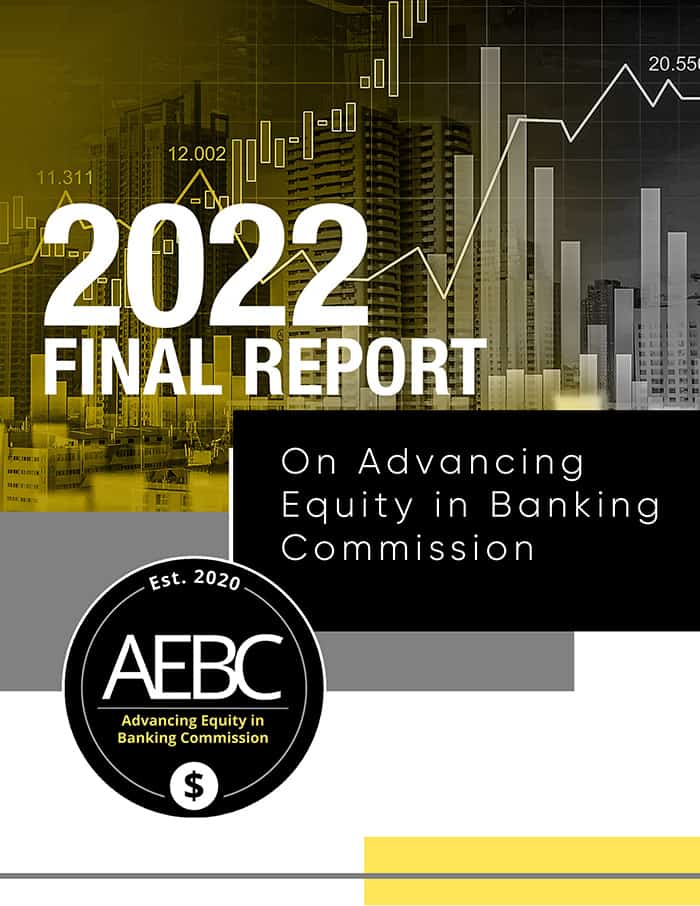